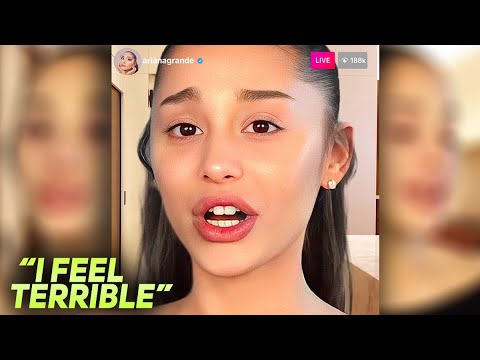 Jennette McCurdy dropped her memoir I’m Glad My Mom Died, and she dropped a couple of bombshells about Nickelodeon including shocking revelations about Ariana Grande! But did Ariana react to the shocking details in the book?

Ariana and Jennette got their own spinoff show, Sam & Cat in 2013 after the success of their respective shows, Victorious and iCarly, but for a long time followers assumed that there was always beef between them. Well, in a July 2021 episode of her podcast, Empty Inside, Jennette admitted that the reason why she never liked Ariana was that she was always jealous of her. She talked about how she was a bit disappointed when she was told that someone else would be joining her spinoff show as an equal. Jennette said that she had initially been told that the show was going to be her own show, but a couple of weeks before they started filming Nickelodeon was like, “We’re going to make it a two-hander, and your co-star is going to be Ariana Grande.”

Trust No One: The Hunt for the Crypto King | Official Trailer | Netflix
News