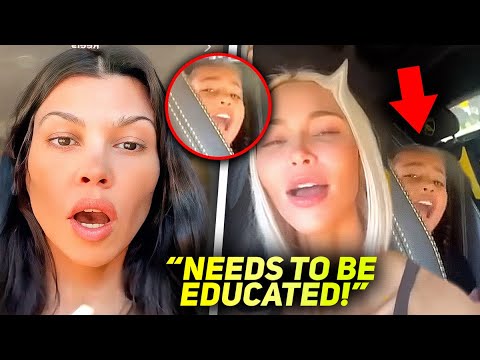 Kourtney Kardashian Reveals Why North West Is Getting Out Of Hand

One thing followers of the KarJenners clan have always said is that North West is definitely Kanye Ye West’s daughter. Well, she definitely has a very strong personality, but is it getting too much? Did Kourtney Kardashian reveal anything about Kim Kardashian’s daughter getting out of hand?

Followers on social media have said time and again that the KarJenners kids are spoilt, and for many people, North is at the top of that brat list! One of the latest instances, when fans called her rude and spoilt, was when a video captured North’s reaction to her mother recording herself as she sang along to a song. Out of embarrassment, North screamed from the backseat, “Mom! Mom! Mom, please delete that!”

Poll: Which Tom Hanks movie is your favorite?
News